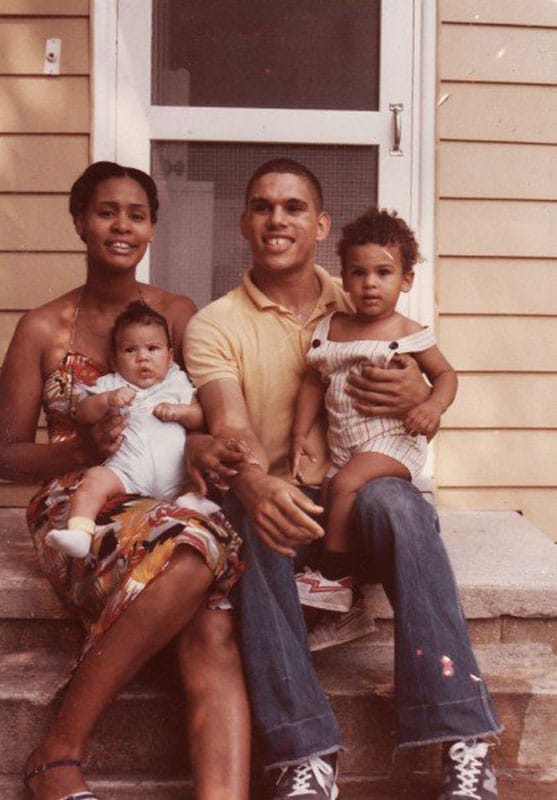 was born in Camp Lejeune, N.C.,

the son of a U.S. Marine

and a math teacher.

His family moved to Brooklyn, NY.

His mother taught math in

months working in the rubble of the Twin Towers.

He received a scholarship to

through a program designed for 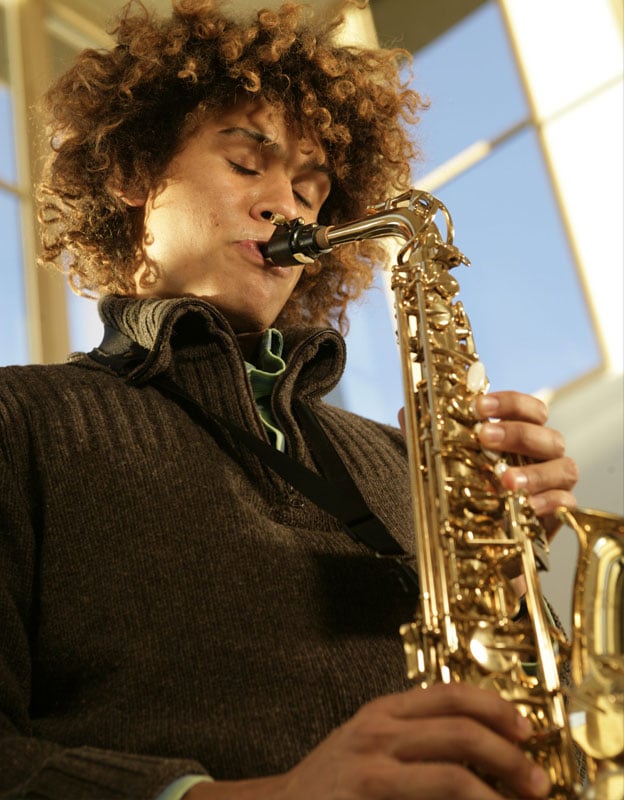 graduating after taking a year off

to play saxophone in a band. 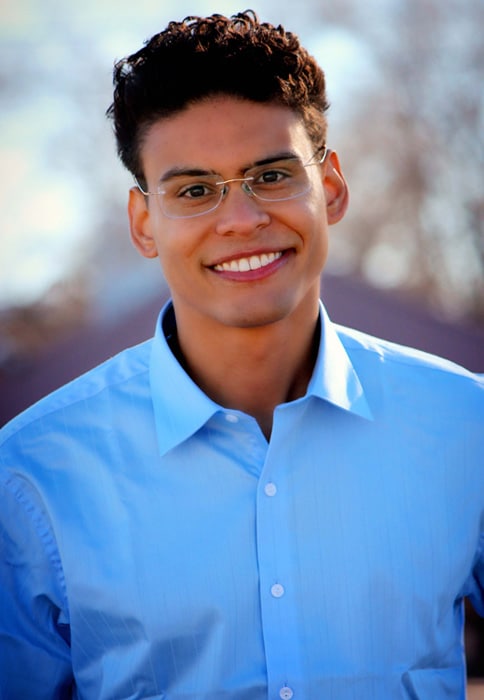 In his first year,

he met Kamilah Willingham in a course

After the course ended

their paths diverged for a while,

from a trip to Africa. 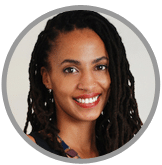 She called him “BJ,” his initials.

While at Ms. Willingham’s apartment,

and then moved on to Jack Daniels and Coke, and beer.

Around 11 p.m. they took a cab to the Middlesex Lounge, where they continued to drink.

They danced and socialized with other people at the bar,

and then Mr. Winston and REDACTED began to dance.

She kissed him, and he kissed her back. They continued kissing and dancing.

When the bar closed, they walked a few blocks to find a cab,

and then returned to Ms. Willingham’s apartment. 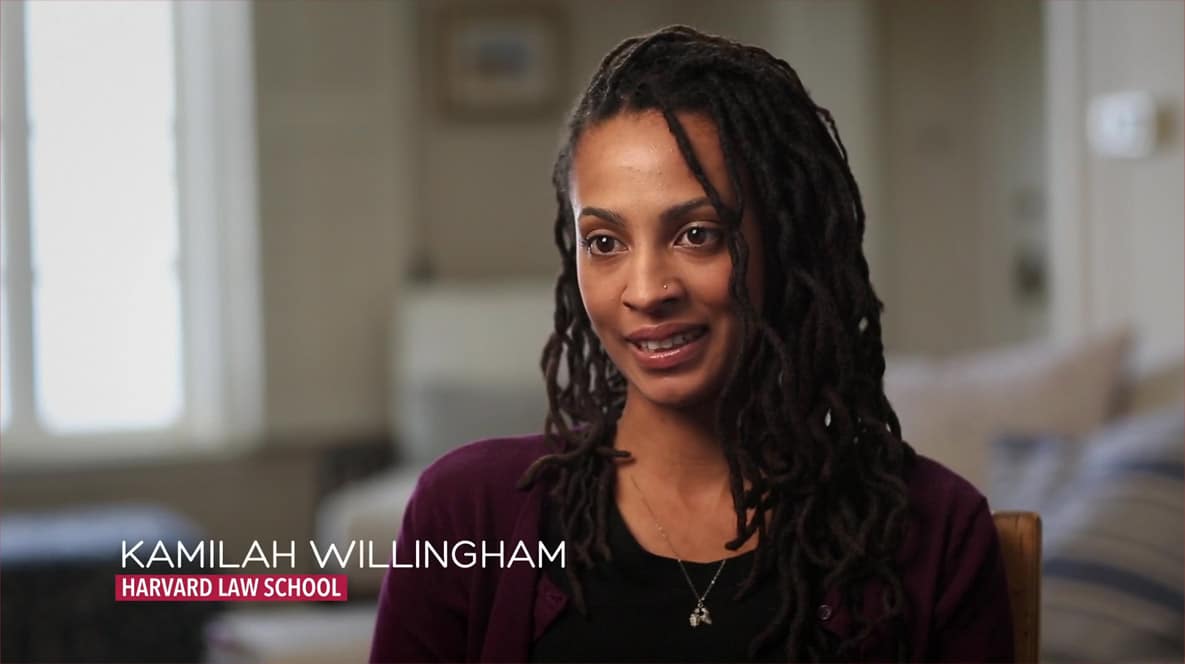 Me and my girlfriend

kind of just flopped down…

face first on my bed…"

He got in and woke her up; they resumed kissing.

With her help he removed her shirt;

he struggled with her bra for a moment before giving up.

They both passed out.

Mr. Winston got up to sleep on the couch,

but Ms. Willingham encouraged him

to sleep in her roommate’s room.

Her roommate was out of town.

THE HUNTING GROUND –
Kamilah Willingham, talking about her experience reporting her alleged assault at Harvard.

Early that morning, after a conversation with Ms. Willingham,

Later, he and Ms. Willingham texted.

Both women said they believed Mr. Winston had intercourse with REDACTED

while she was passed out.

Neither police nor prosecutors requested a sample of Mr. Winston's DNA.

Three years later, at the insistence of Mr. Winston and his defense lawyer, the condom was tested.

It contained DNA belonging to Ms. Willingham and an unknown male.

It contained no DNA belonging to Mr. Winston.

A Middlesex County grand jury declined to indict Mr. Winston on any charge

related to Ms. Willingham, and also declined to indict him

on the most serious charges involving her friend.

It is extremely rare for a grand jury to decline a prosecutor's request for indictment.

Mr. Foreman, as to Indictment No. 8 2012-1160-001, charging the defendant, Brandon Winston, with indecent assault and battery on a person over 14, what say you, Mr. Foreman, is the defendant guilty or not guilty?

Jurors voted eleven to one to acquit Mr. Winston of all charges.

The jurors reached a compromise,

finding him guilty of a single, nonsexual misdemeanor. 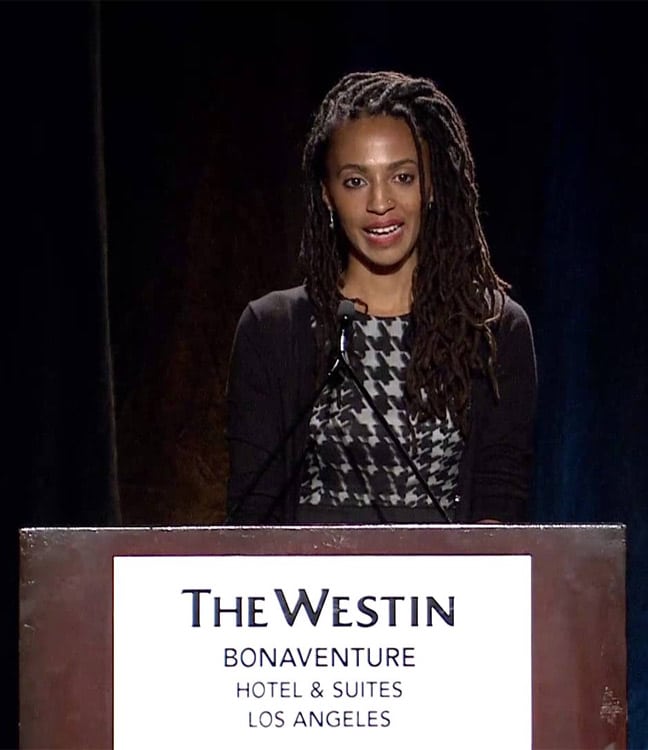 Ms. Willingham was the keynote speaker
at the 2015 National Sexual Assault Conference,
where she continued to accuse Mr. Winston of
a crime he did not commit.

She has become a celebrity.

Harvard Law School Faculty reviewed the findings of the Administrative Board and determined that they were not supported by substantial evidence, the applicable standard. The faculty dismissed the case.

In 2015, Mr. Winston returned to Harvard Law School to pursue his law degree.

He hopes to merge his legal education with his creative side to do something innovative.